Bitcoin fell to an 18-month low on Wednesday, dragging smaller tokens down with it and deepening a market meltdown triggered by cryptocurrency lender Celsius freezing customer withdrawals this week.
The world’s largest cryptocurrency fell as much as 7.8 percent to $20,289, the lowest since December 2020. It has lost about 28 percent since Friday, more than half its value this year. It has slid about 70 percent from its all-time high of $69,000 in November. 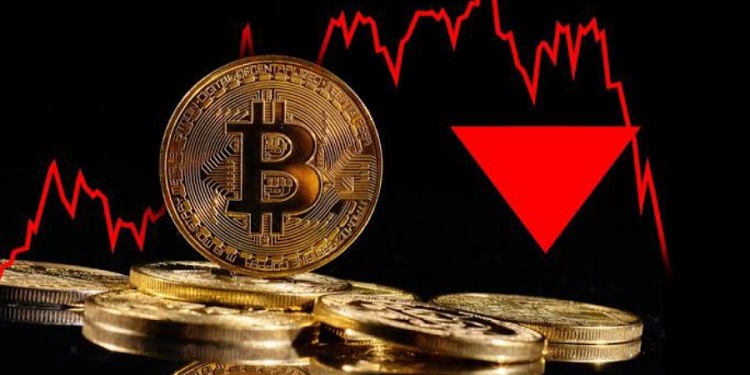 The digital currency industry took a hit this week after U.S. cryptocurrency lender Celsius froze withdrawals and transfers between accounts, stoking fears of market contagion, already shaken by the demise of terraUSD and luna tokens last month.
As inflation rises in the world’s largest economy, expectations of deeper interest rate hikes by the U.S. Federal Reserve are also putting pressure on risky assets, from cryptocurrencies to stocks.
Cryptocurrency funds saw $102 million in outflows last week, according to digital asset manager CoinShares, citing investor expectations of tighter central bank policy.
The value of the global cryptocurrency market has plunged 70 percent from a peak of $2.97 trillion in November to below $900 billion, according to CoinMarketCap.

“The ripples through the market haven’t stopped,” said Scottie Siu, investment director at Axion Global Asset Management in Hong Kong.” I think we’re still in the unfortunate middle and the game isn’t over.”
The Wall Street Journal, citing people familiar with the matter, reported that Celsius has hired restructuring lawyers and is looking to investors for possible financing options. Celsius is also exploring strategic options, including a financial restructuring, it said.
Smaller cryptocurrencies that tend to fluctuate in tandem with bitcoin are also falling. Ether, the second-largest token, fell as much as 12 percent to $1,045, a new 15-month low.
The disruption in the cryptocurrency market has spread to other companies, with some exchanges cutting their workforces.
Coinbase Global, a major U.S. exchange, said Tuesday it would cut about 1,100 jobs, or 18 percent of its workforce. Gemini, another U.S. exchange, said this month that it would cut 10 percent of its staff. Binance, the world’s largest exchange, said Wednesday it was hiring for 2,000 positions, while U.S. exchange Kraken said it had 500 positions to fill.
“Hide,” Binance CEO Changpeng Zhao tweeted.

You have no items in your Shopping Cart!!